Young people at our Child and Family residence in South East Queensland spent the weekend reflecting on NAIDOC week and paying tribute to Australia’s First Nations people through completing Indigenous inspired artwork. The artwork included dot painting on rocks and canvas to align with this year’s theme ‘Always was, Always Will be.’

Jess Knowles, Support Worker at Lifestyle Solutions said, “The young people really enjoyed sharing aspects of their culture and celebrating the achievements and accomplishments of our Indigenous Community. They paid respect to the First Nations people and shared Aboriginal Dreamtime stories they had learned about.”

“We also had a dinner of kangaroo and crocodile with salad and our young people in care loved trying the new food and spending time talking about how First Nations people have spent 65,000 years occupying and caring for Australia,” said Jess.

The young people were inspired to create artwork that reflected the Dreamtime story of the Rainbow Serpent, which has also been represented on the NAIDOC 2020 official poster.

“The young people shared the Dreamtime story of the Rainbow Serpent and how it created the land with Support Workers. The story is represented by a snake and rainbow and highlights the seasons and the importance of water in sustaining life. When a rainbow is seen in the sky, it’s believed that the Rainbow Serpent is moving from one waterhole to another to prevent drought and water holes from drying up,” said Jess.

“Overall, the young people had a really enjoyable night creating their Indigenous inspired artwork and enjoyed learning about the theme ‘Always was, Always Will be.’”

“They wanted to ensure that they created art that reflected, celebrated and paid respect to the Aboriginal and Torres Strait Islander People and this was very important when completing their artwork pieces,” said Jess.

At a nearby Child and Family residence in South East Queensland, the young people and Support Workers attended a NAIDOC event hosted by the Titans football team at CBUS Stadium in Robina.

“Two of the young people took place in wearing goggles that imitated the effects of being intoxicated. They had to try walking in a straight line. The representative from the stall informed the young people of the dangers of drugs and alcohol.”

“We also watched a cultural performance take place involving indigenous singing and dancing and all of the young people had a great time,” said Hamish. 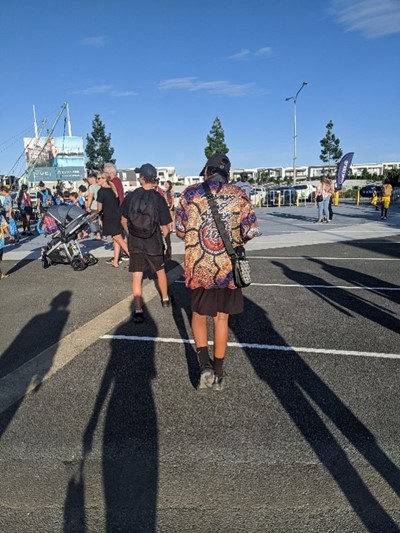 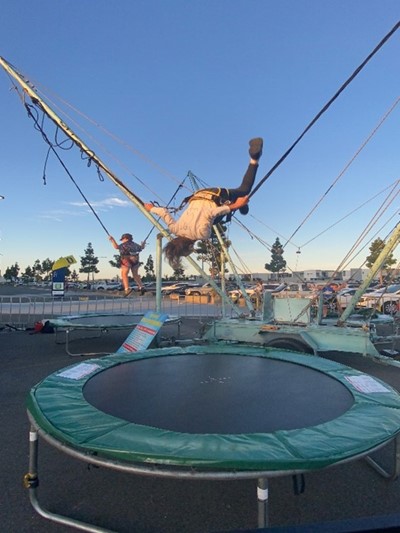